How to Determine If You're An Empath

You can start by asking yourself some questions about how well you relate to others and how you physically and emotionally respond to big emotional events taking place in your presence. If you find that you answer "yes" to most or all of these questions, there's a good chance you're an empath:

Do you find yourself taking on others’ stress?
Have you been accused of being too sensitive in the past?
Do you feel overwhelmed in crowded spaces?
Would others describe you as empathetic?

I have listed several free assessments below you can take online and book recommendations to learn more.

Are You an Empath? 20 Question Self-Assessment Test:  https://drjudithorloff.com/quizzes/empath-self-assessment-test/

Am I a Highly Sensitive Person?:  https://sensitiveandstrong.com/highly-sensitive-person-quiz/

The Empath Self-Test for Teens:  https://www.empathdiary.com/quiz

The 3 Sources of Sensitivity Self-Test:  https://www.empathdiary.com/quiz

This is from Psychology Today

The trademark of an empath is feeling and absorbing other people’s emotions and, or, physical symptoms because of their high sensitivities. These people filter the world through their intuition and have a difficult time intellectualizing their feelings.

This is from Healthline

The term empath comes from empathy, which is the ability to understand the experiences and feelings of others outside of your own perspective.

Say your friend just lost their dog of 15 years. Empathy is what allows you to understand the level of pain she’s going through, even if you’ve never lost a beloved pet.

But as an empath, you take things a step further. You actually sense and feel emotions as if they’re part of your own experience. In other words, someone else’s pain and happiness become your pain and happiness. 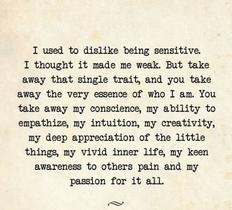 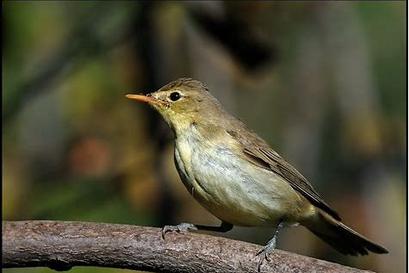 What is an Empath or HSP?

An empath is a person highly attuned to the feelings and emotions of those around them. Their ability to discern what others are feeling goes beyond empathy (defined simply as the ability to understand the feelings of others) and extends to actually taking those feelings on; feeling what another person is feeling at a deep emotional level.

In the late 1990’s the Sensory Processing Sensitivity (SPS) trait (also known as Highly Sensitive Person or HSP) was identified by Dr. Elaine Aron and colleagues. Affecting 15-20% of the population, this trait has a strong influence on the ability to interact and thrive in the everyday world as common stimuli from the environment produce uncommon reactivity in the nervous system of HSPs, resulting in biological and psychological challenges. Many clients are being treated for depression and anxiety without acknowledgment or treatment of their underlying SPS/HSP trait.  This is crucial to their overall psychological health and recovery.

Researchers have discovered a particular set of brain cells that are responsible for compassion. These cells enable people to imitate and share emotions, such as joy and sadness, from other people.

These mirror neurons are triggered by outside events, so when your partner is sad, you feel sad too, and when your children are happy, you feel happy as well. In contrast, psychopaths are labeled “empathy deficient,” which may be caused by mirror neurons that aren’t working at full capacity.

According to the HeartMath Institute, your brain and heart produce electromagnetic fields that transmit information about your thoughts and emotions.

Studies have shown that a lot of people pick up the emotions of those around them. For example, a worker having a stressful day and showing signs of anxiety can affect their workmates. This ability to synchronize emotions can be crucial to maintaining good relationships. Empaths, having more sensitivity, have a need to center themselves before confronting any powerful emotion.

Being an Empath or HSP is not a mental disorder.  ​However, there are real challenges that come with being so empathetic. Empaths often feel misunderstood because of how deeply they feel. They can also become overwhelmed easily as they juggle all the emotions they experience — from themselves and others.  Feeling your own emotions can be exhausting enough. But as an empath who picks up on what everyone around you is feeling, it can quickly become way too much. This includes strong emotions of any kind — from deep sadness to excitement and joy. Empaths have to carefully manage their emotions and practice a lot of self-care to avoid constant emotional fatigue and exhaustion.

Dopamine is a neurotransmitter that increases the activity of neurons and is commonly associated with our pleasure response.

Synesthesia is the neurological condition where two different senses are paired in your brain. For example, you might see colors while listening to music, or taste words.

Mirror-touch synesthesia is a particular type where you can actually feel the emotions and sensations of other people in your body as if they were your own. It’s been shown that this ability has a direct correlation to heightened emphatic abilities. So, though not every empath has this ability, their chances of having it are higher.

Empaths can be the medicine that our world needs. They can have a profound impact on how we understand and relate to the hardships and joys that other people feel, leading to a more closely linked society that recognizes the importance of considering others.

Although not true of every empath, it’s not uncommon for them to struggle with their mental health. Because they are so sensitive to emotions — their own included — they may deal with a lot of self-doubt, stress, and anxiety. Receiving anger or disappointment from other people can feel like getting hit with a ton of bricks.

Energetic Boundaries – How to Stay Protected and Connected in Work, Love, and Life by Cyndi Dale